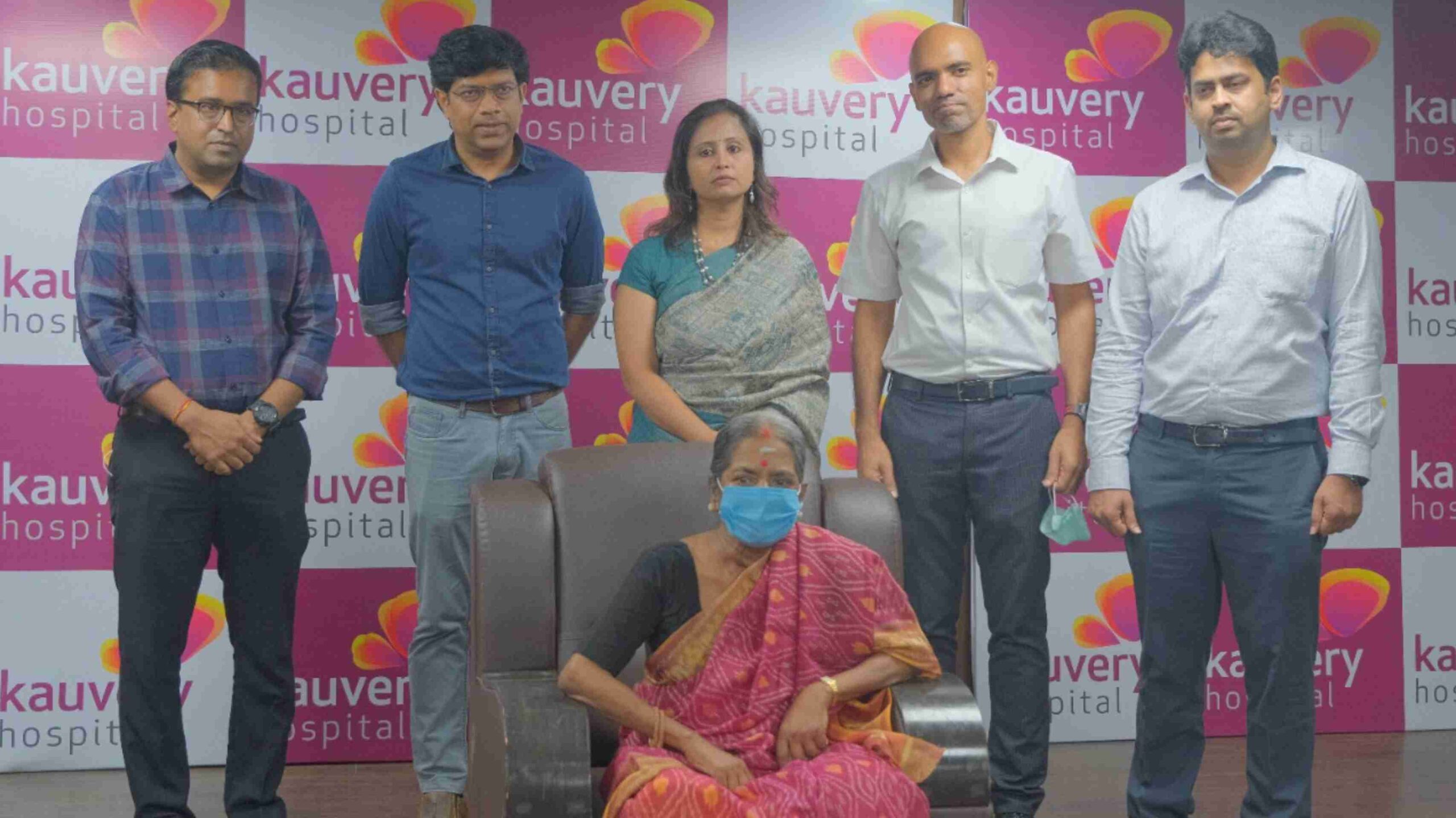 The individual had an underlying complication of Guillain-Barre Syndrome

A woman aged 65 years, suffered from severe COVID illness and Pneumonia, and had a history of prior muscle weakness from a previously treated disorder called Guillain-Barré syndrome, which aggravated the severity of the illness.

Speaking on the treatment, Dr. Bhuvaneshwari Rajendran, Senior Consultant Neurology and Neurophysiology, Kauvery Hospital, Chennai, said, “The individual had a history of Guillain-Barré syndrome, a neurological disorder in which the body’s immune system mistakenly attacks part of its peripheral nervous system which can result in prolonged muscle weakness in her body. She was treated for this disorder with immunosuppressive treatments. She then contracted COVID-19 and was diagnosed with severe COVID Pneumonia / lung infection. As her muscles were slightly weak prior to covid infection, it was more challenging to take her off mechanical ventilator and thus tracheostomy was planned early”

Dr S Sivaram Kannan, Chief Consultant Physician & Clinical Lead, Kauvery Hospital Chennai said, “Her condition worsened rapidly and she was immediately put on a ventilator. Covid medications and steroids were administered and she gradually improved to the point where she was removed from the ventilator. The next few days she was closely monitored in the ICU. However, her breathing muscles became progressively weaker and she needed to be placed in the ventilator for the second time.”

Dr N Sridhar, Consultant Intensivist, Critical Care, Kauvery Hospital Chennai said, “As both her lungs and breathing muscles were severely affected by two different diseases, we advised an early Tracheostomy (A tracheostomy is an opening created at the front of the neck so a tube can be inserted into the windpipe- trachea to help you breathe) to give her the best possible chance of recovery. Getting her to gradually breathe on her own without ventilator support was a challenging process as we had to give adequate time for both the lungs and respiratory muscles to recover without getting any new complications. As she was awake during this time it was physically as well as emotionally exhausting journey for her which tested her fortitude to the very limits of human endurance”.

Commenting on the success of the treatment, Dr. Aravindan Selvaraj, Co-Founder & Executive Director, Kauvery Hospital, Chennai, “Ms. Madhavi is a social activist and daughter of freedom fighter Ma Po Si, and just like how she fights for social causes, she was absolutely determined to liberate herself from the ventilator and cooperated to the utmost with the medical and nursing team. I would like to commend Dr. Sridhar and our team of medical and nursing experts who did not give up even when things seemed unfavourable, and supported her in making a stunning recovery.”

She recovered, without any complications and was discharged from the hospital after two months in the ICU.