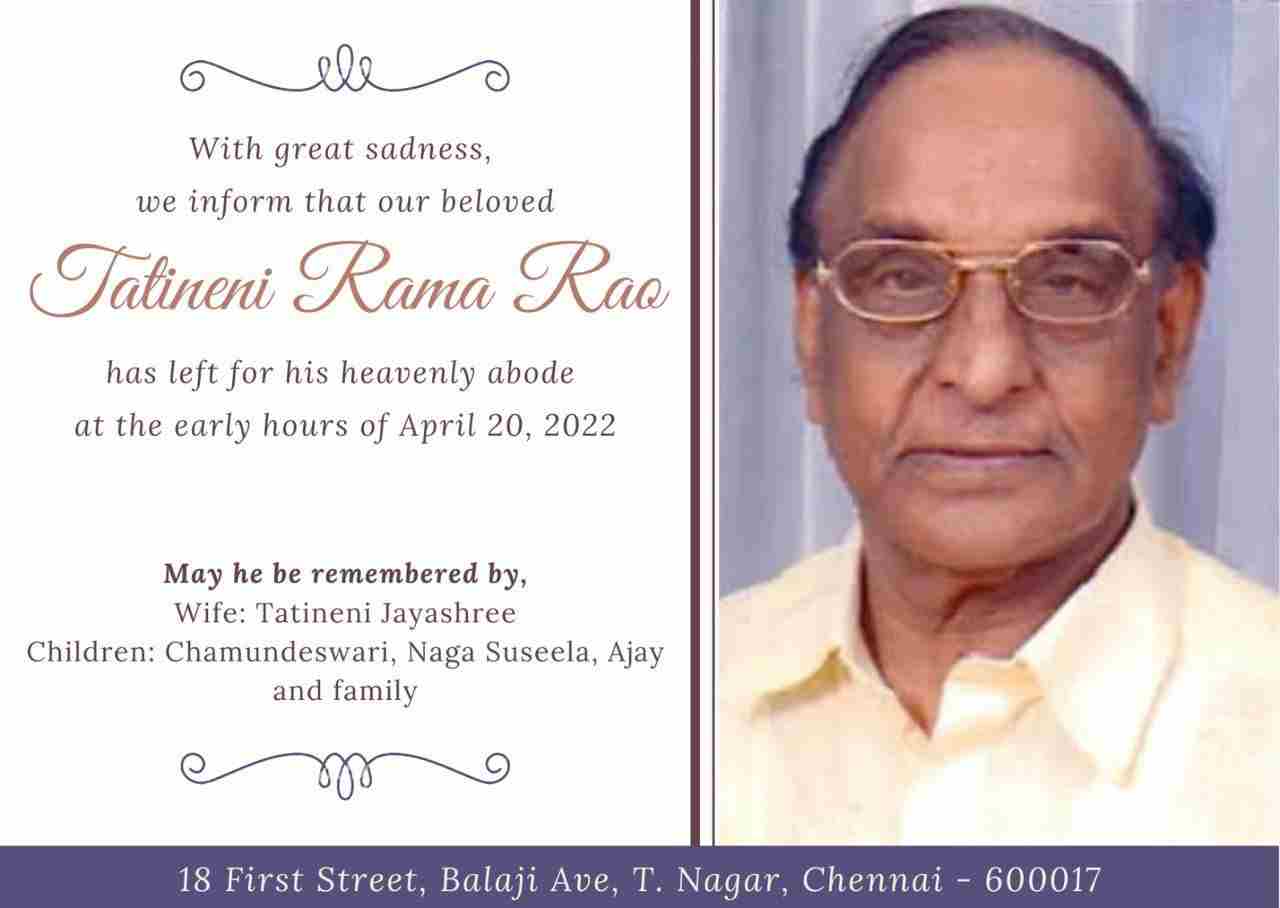 Veteran director-producer T Rama Rao, who had helmed 70 films in Telugu and Hindi besides bankrolling blockbusters in Tamil, passed away in Chennai during the early hours of today (April 20). He was 83.

A resident of First Street, Balaji Avenue, T Nagar, Rama Rao died at around 12.30 am due to age related illness. His last rites will be held at Kannammapet crematorium at 4 pm today. He is survived by wife Tatineni Jayashree and children Chamundeswari, Naga Suuseela and Ajay.

According to Encyclopædia Britannica, Rama Rao was “the man who established the ‘Madras movie’, or Hindi films funded primarily by
southern capital, as a viable commercial option in the all-India market. He has
received many awards and recognitions for his outstanding contribution to the Indian Film Industry.

He made Tamil films under the banner Sri Lakshmi Productions and produced movies with leading actors like Vikram, Vijay, Jayam Ravi, Vishal. He made super hit movies like Dhil, Youth, Arul, Something Something Unakum Enakum and Malaikotai.

He was also the Chairman of Madras Hydraulic Hose Pvt Ltd., a leading manufacturer of Stainless Steel Flexible Corrugated Hoses in India with worldwide exports.