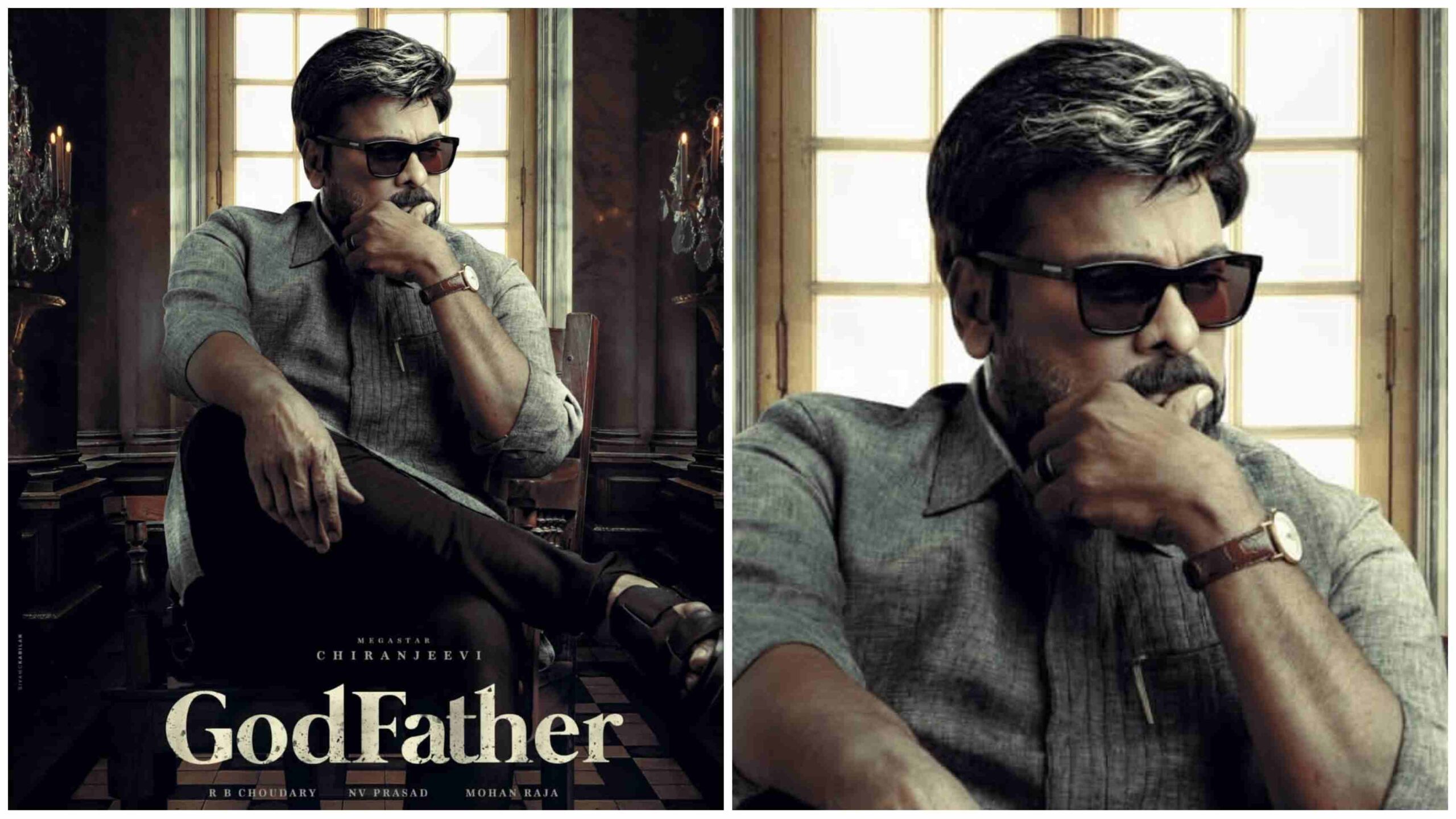 Megastar Chiranjeevi arrives as Godfather in style, as the makers of the most awaited movie have unveiled first look poster of the movie. Chiranjeevi for the first-time sports salt and pepper look and he gives stern gaze here sitting in a chair, while wearing black shades.

The glimpse to introduce Chiranjeevi’s character is extraordinary. While thousands of party workers wait for him outside the office, Megastar Chiranjeevi arrives in an ambassador car and as it stops Sunil opens the door for him. Finally, Chiru comes out of the car and walks into office ferociously. The title Godfather suits well for his persona and the character and the elevations are strikingly remarkable with wonderful BGM from SS Thaman. Masses will have feast to see Chiranjeevi in this get-up.

Read Also  Psycho dedicates to the Visually Challenged - At the Mirchi Music Awards 2021.

Godfather is being mounted on lavish scale. Mohan Raja is directing the movie, while RB Choudary and NV Prasad are producing it, while Konidela Surekha is presenting it.

Bollywood superstar Salman Khan is playing a mighty role, while Nayanthara will be seen in a crucial role. Puri Jagannadh and Satya Dev are the other prominent cast.

The makers have also announced to release Godfather during Dasara, this year.