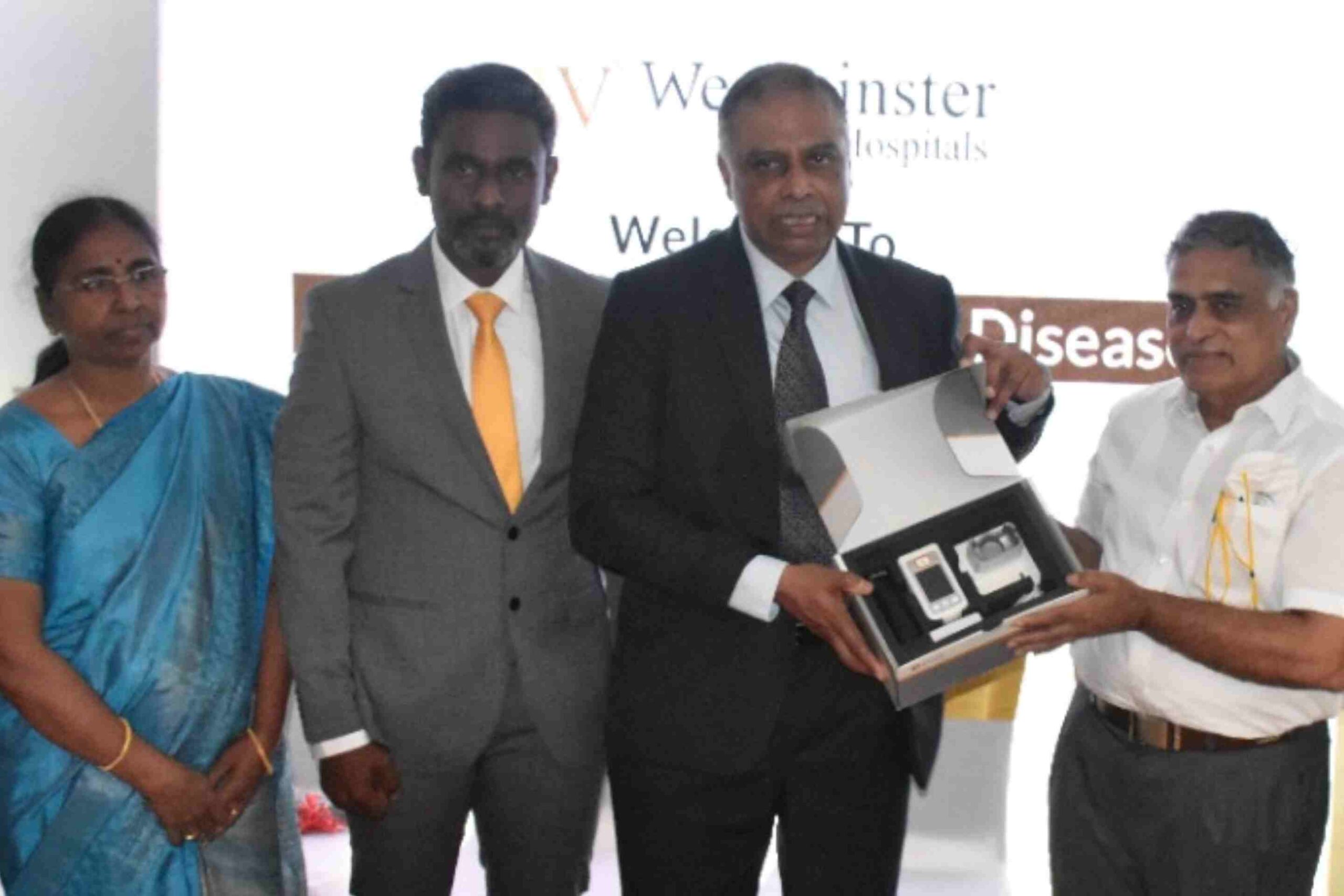 • The D-mine third-generation apomorphine pumps and pens, directly imported from Germany, have been launched in Chennai by Celera Neuro Sciences. These are available at Westminster Hospital.

• The D-mine apomorphine-delivery devices are miles ahead of those currently available in India, which are unreliable and patient-unfriendly
CHENNAI / March 17, 2021: India is emerging as a hot spot for Parkinson’s disease, said world’s top experts assembled at the Academic Symposium on Advanced Parkinson’s Disease held at Westminster Hospital in Chennai. The country is home to about 580,000 Parkinson’s patients, a figure expected to double by 2030. Most studies on the disease in India show a prevalence of about 120 cases per 100,000 population. Though majority of patients are above 50 years of age, the incidence in younger population is also on the rise. The medical community has few insights into the genetic and environmental risk factors for Parkinson’s Disease specific to India, in the absence of a national registry of patients. This is alarming considering that Parkinson’s is set to emerge as a major non-communicable degenerative disorder to burden the healthcare system of India, said the doctors.
Youtube Video👇👇
In a boon to patients of Parkinson’s Disease in Chennai, advanced D-mine apomorphine pumps and pens (injections) manufactured by German pharma major Ever Pharma have been launched at the event by Celera Neuro Sciences. These third-generation apomorphine-delivery devices, widely used in Europe, are now available for patients at Westminster Hospital.
Said Dr. Babu Narayanan, Medical Director, Celera Neuro Sciences: “This is for the first time in India that advanced European apomorphine devices are available for Parkinson’s patients, who till now had only two options for treatment: oral pills for early stages of the disease, or Deep Brain Stimulation (DBS) surgery for advanced stages which is expensive and not recommended for patients above 70 years. The D-mine pumps and pens fill this gap and offer an important medical option in the management of Parkinson’s. They ensure much better outcomes for patients who haven’t achieved optimum benefits with available drugs or are suffering from side-effects of oral medications.”

Added Dr Arun Kulanthaivelu, President, Westminster Hospitals, Chennai: “We are delighted to offer world-class apomorphine therapy, widely used in Europe, to patients in Chennai through the D-mine pumps and pens. The current pumps available in India are not patient-friendly and lack reliability. Patients need to refill them after breaking ampules of apomorphine, which is difficult to do with trembling hands. In contrast, D-mine apomorphine pumps can be self-handled by patients in five easy steps. The pump-filling process is controlled electronically, with high safety and convenience. D-mine pumps are pre-filled and offer continuous infusion of apomorphine, leading to absorption within five minutes. This will be a big boon for Parkinson’s patients, positively impacting their quality of life.”
Parkinson’s patients need to take medications at timely intervals, which often leads to fluctuating levels of medication in their bodies and irregular benefits. Continuous Dopaminergic Therapy is a method by which the body receives dopamine on a continuous basis, because of which fluctuations associated with medications are negated significantly. With the launch of D-mine apomorphine continuous-infusion pumps and injection pens, Indian patients can now benefit from third-generation Continuous Dopaminergic Therapy, which till now was available only in Western countries.
Patients can call the 24-hour helpline number 044-46276262 for any query about apomorphine therapy.