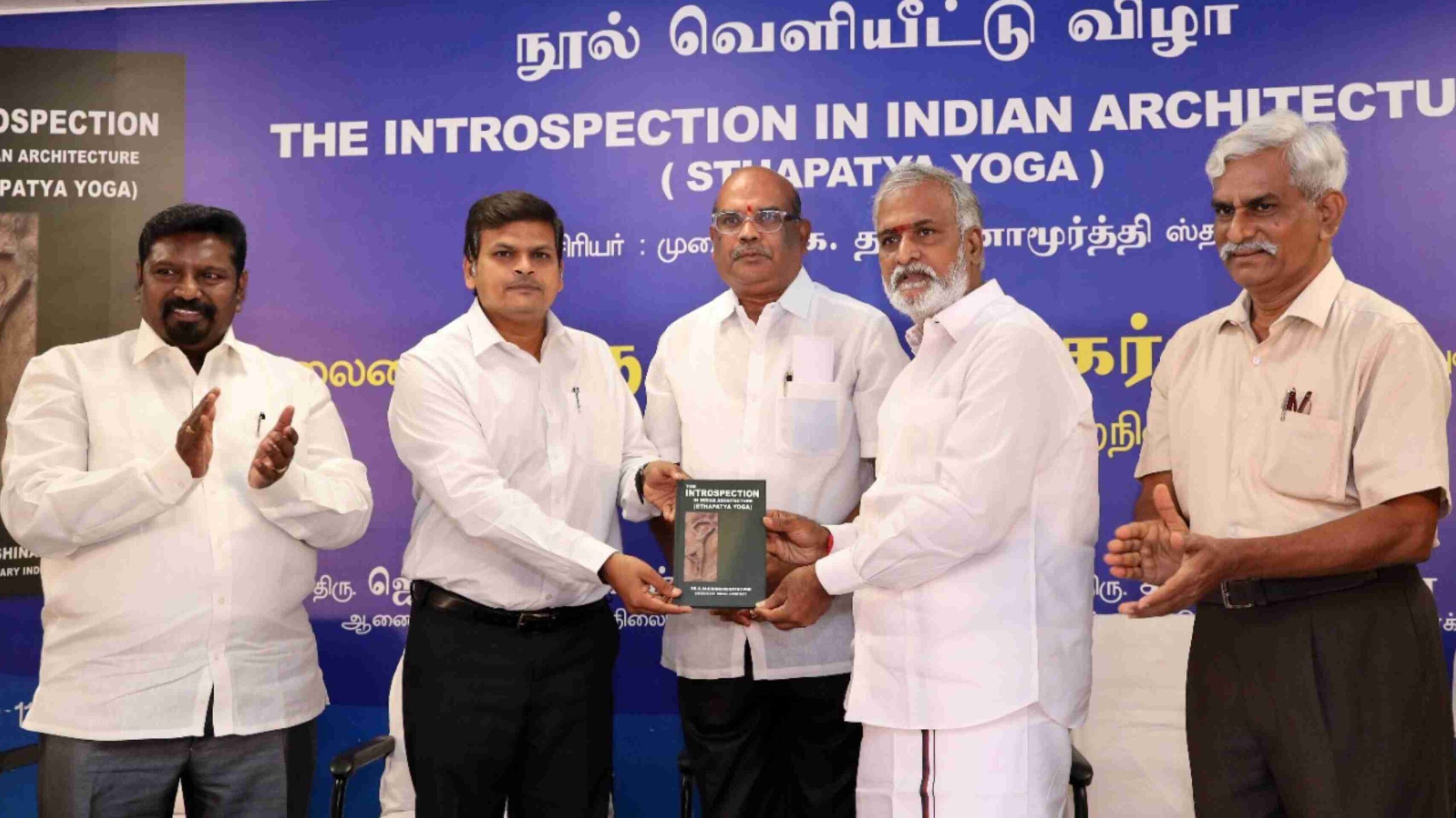 The book is authored by Kalaichemmal Dr. K. Dakshinamoorthy, Ph.D, a renowned Sthapati, Sculptor, and a member of the Heritage Committee of HR&CE Department, Tamil Nadu

Comprising three chapters, the book sheds light on the ancient shastras and techniques involved in temple construction; architecture as a language, and the ‘sthapatya yoga’, the construction process that begins from envisioning temples in mind and culminates in the recreation of the mental models into tangible realities.

The book is meant for a wide range of specialists including architects, engineers, historians, archaeologists, scientists, artists, anthropologists, philosophers, and spiritual seekers. Since it is written in simple language, students, art lovers and the general public too can benefit from it.

Talking about the book, Kalaichemmal Dr. K. Dakshinamoorthy Stapathy, who is also a member of the Heritage Committee of HR&CE Department, Government of Tamil Nadu, said, “The heritage of Hindu temple architecture is a treasure trove of wisdom not only of architecture, but many other realms including spirituality. My main motivation in writing the book is to rekindle the interest in temple architecture and sculpture in the minds of the younger generation from all walks of life – for there is something for everyone in the traditional temple architecture.”

Commenting on the themes of the four chapters, he said that at first the book deals extensively with ancient units of measuring length, area, volume, among others. These units treat time as a causal factor, while buildings and structures as the measurable effect. There is a proof that people then had known that light had particles, and the light particles can be used to derive the units of measurement.

Dr. K. Dakshinamoorthy, said that the book also elaborates on the principles of temple architecture and their association with linguistic principles that are beyond the confines of any one language. In this approach, the sizes of structures are likened to words while the materials they are composed of become meanings.

The book is also dedicated to the process of creating a temple. “The tangible architecture is first created in the mind of the sthapathi. In what is known as Sthapatya Yoga, the sthapathi recreates the mental vision into a tangible reality for others to have the same experience with which the temple is envisioned,” he said.

The book is priced at Rs 400. It is available in online stores including Amazon.