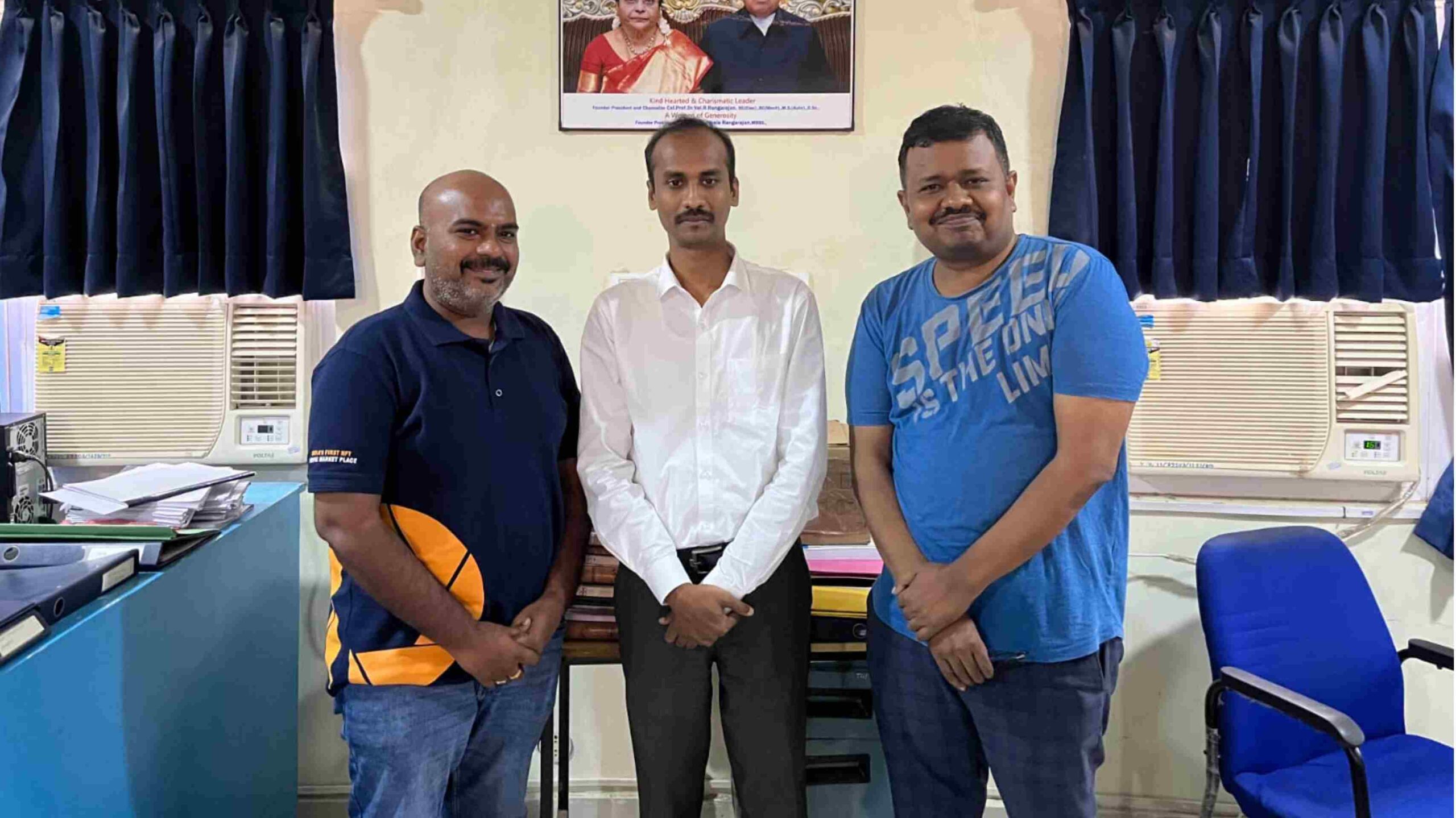 Chennai, April 26, 2022 Having started its journey only in February this year, Oracle Movies, India’s first NFT Movie Market Place, is steadily making progress by creating the right waves in the industry and beyond.

Founded by Technology Entrepreneur Senthil Nayagam and Film Producer G K Tirunavukarasu, Oracle Movies is expected to bring a tectonic shift in the way how film business is being done in India.

NFT stands for non-fungible token. An NFT is a digital asset that represents real-world objects like art, music, in-game items and videos. They are bought, sold and licensed online in a secured manner, and Oracle Movies is aiming to position itself in the licensing segment in a big way. 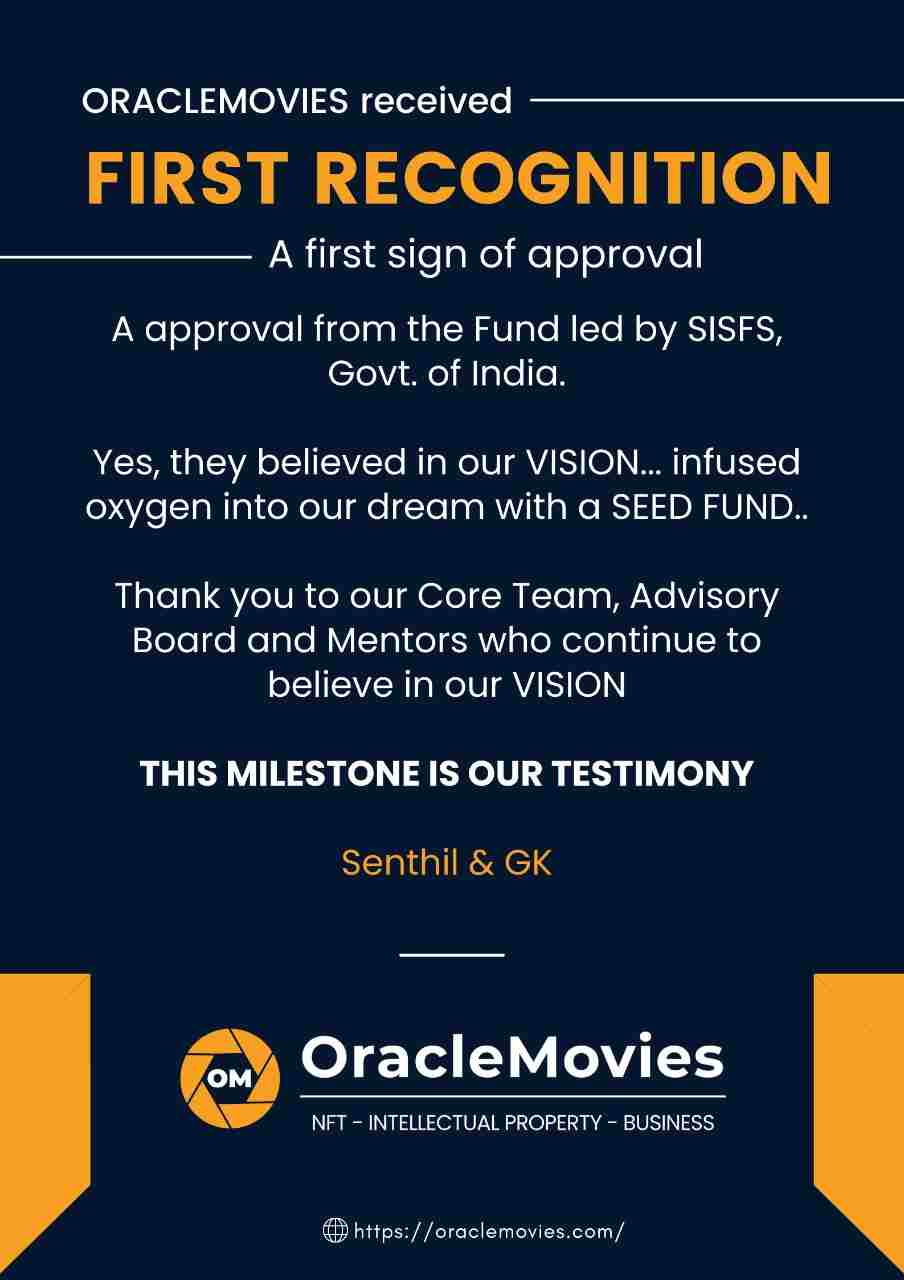 Already, around 1000 movies in multiple Indian languages have onboarded with Oracle Movies and the library is set to expand in the near future. With the help of technology, Oracle Movies is projected to take the business of Indian movies to Global Market and to new unheralded and unexplored areas. Besides, it would also bring the international films for release, dubbing and remakes to Indian market.

This would change the way film business is currently being done in these parts and would bring additional revenues to production houses, besides increasing the visibility and reach of filmmakers, artistes and technicians.

In a testimony to the enormous promise being showed by Oracle Movies, it has been selected for Rs 25 lakh seed fund under the Union government’s Startup India Seed Fund Scheme (SISFS). 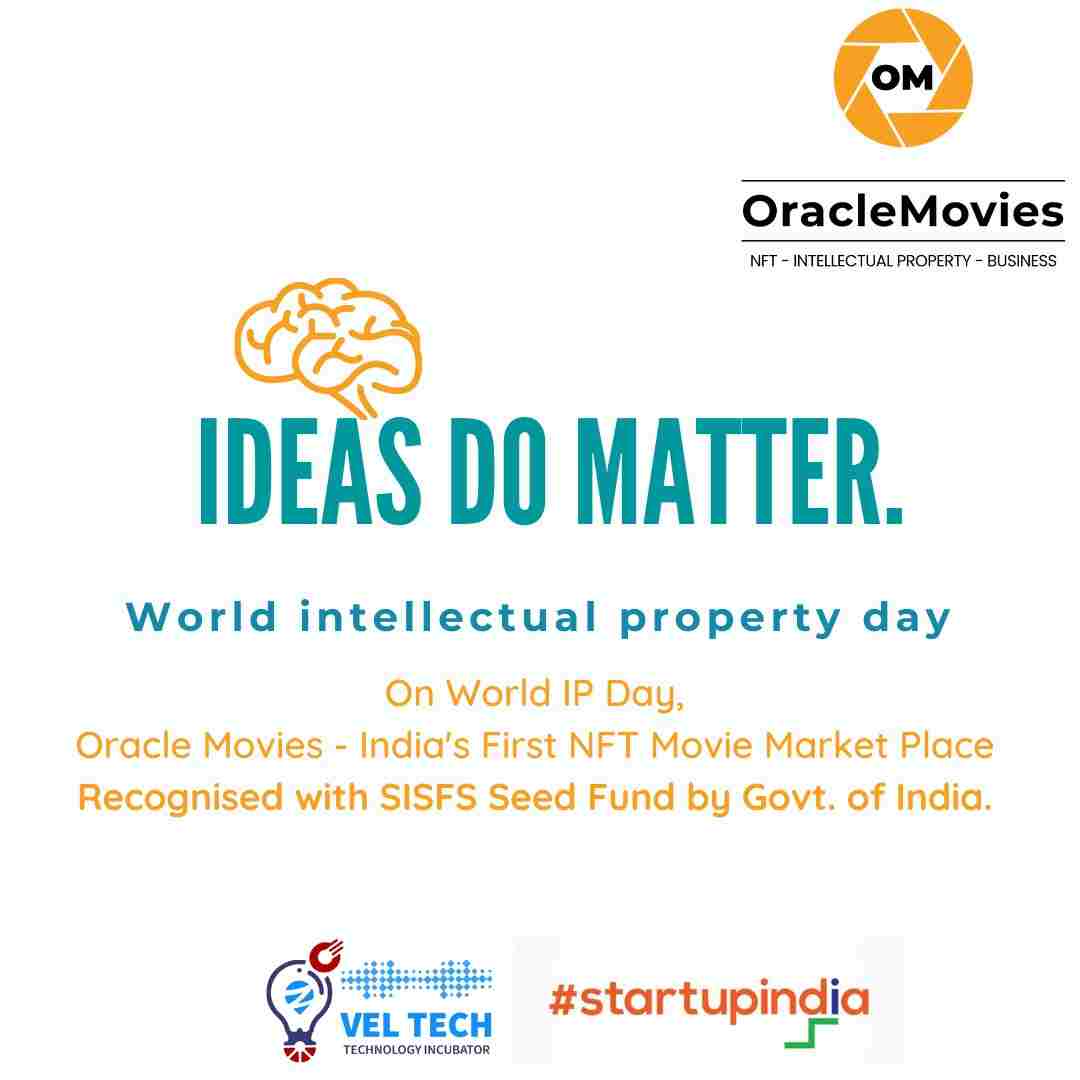 Oracle Movies has been selected after a rigorous process by Vel Tech TBI (Technology Business Incubator) – Avadi, a part of Vel Tech group of educational institutions, which has been identified as Centre of Excellence by the Central government.

Read Also  Mother’s Recipe teams up with the movie Goodbye for their new exciting Pickle Campaign!

Not just that, Oracle Movies has also received mentoring and support from SASTRA TBI of the renowned SASTRA University in Thanjavur.

The Department for Promotion of Industry and Internal Trade (DPIIT) created Startup India Seed Fund Scheme with an outlay of Rs 945 crore to provide financial assistance to startups for proof of concept, prototype development, product trials, market entry and commercialization. It enables technology embedded and innovation powered start-ups to survive and scale across a wide-spectrum of thrust areas with funding, infrastructure, mentorship, industry networking, resources and training.

The scheme is aimed at enabling startups to graduate to a level where they will be able to raise investments from angel investors or venture capitalists, or seek loans from commercial banks or financial institutions. With technologies like Web3, NFT, Blockchain Technology, Metaverse and AI gaining momentum, it is essential to support startups to make India the global leader in these fields. Interestingly, Oracle Movies is venturing into Metaverse too soon.