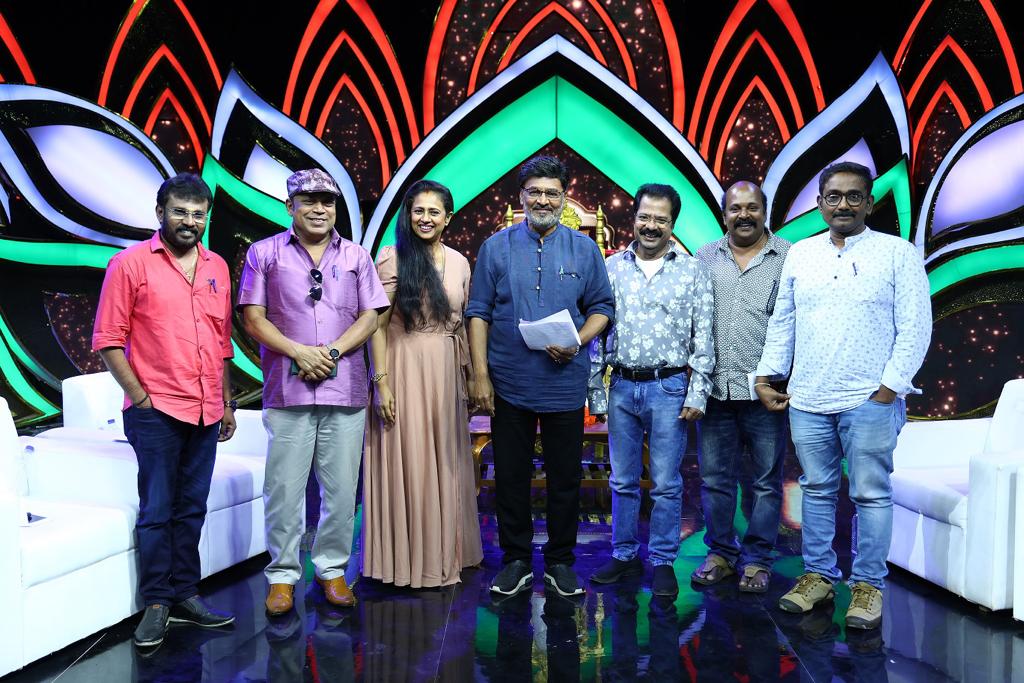 Marking the month of Aavani, the channel brings Nalamtharum Aavani Madam with Astrologer Magesh Iyer reading the horoscope for the entire month for all the star signs at 8:30 pm, on Monday, August 15, 2022. Post the session; at 9:30 am, the momentum will continue with non-stop entertainment with a Sirappu Pattimandram helmed by renowned Actor-Director K Bhagyaraj followed by a special concert honouring 20 years of Gautam Vasudev Menon in cinema.

Read Also  Radhe Shyam made business of 400 Crores in just a span of 10 days!

The special concert commemorating actor-director Gautam Vasudev Menon, titled ‘Musical Conversations-Unplugged’, is a two-hour show in which a plethora of renowned singers like Karthik, Bombay Jayashri and Sid Sriram belting out soulful melodies and nostalgic conversations at 10:30 pm.

Further, adding loads of action, comedy and excitement, Colors Tamil, for the first time, will showcase the World Television Premiere of the Hollywood movie Men in Black II, powered by Vasanth & Co Aadi Athiradi Thallupadi. Featuring Will Smith and Tommy Lee Jones in the lead roles, at 12:00 pm, the science fiction film, dubbed in Tamil, revolves around the life of two agents who must save the planet from a shape-changing alien.

This will be followed by the Ashok Selvan and Priya Bhavani Shankar starrer Hostel, a dark comedy film that revolves around a girl who gets stuck at a boys’ hostel and the horrors that she endures, at 4.00 pm. Continuing the movie spree, the channel will also air Santhanam’s hilarious flick Sabhaapathy at 7:00 pm and a Raai Laxmi starrer horror film Cinderella at 9:30 pm.

Commenting on the occasion, Mr. Rajaraman S, Business Head, Colors Tamil, said, “Freedom defines the magnificence and spirit of Independence. We’re thrilled to offer such a compelling line-up of shows that will provide viewers with a varied range of content that will keep families engaged. We are sure that this will allow viewers to free themselves from their routines and stress and spend time with each other. With this amazing roster of programmes, we are certain that the Tamil diaspora around the world will have a great experience this Independence Day.”

Marking the day of freedom, Colors Tamil has also announced to support the Ovvoru Veetilum Moovarna (Har Ghar Tiranga) initiative by the central government by promoting the same in its channel & social media handles.

Let your homes become a part of this grand celebration with non-stop fun and excitement this 75th Independence day by tuning into Colors Tamil, on Monday, August 15th. The channel is available on all leading cable networks and on all DTH platforms – Sun Direct (CH NO 128), Tata Sky (CHN NO 1555), Airtel (CHN NO 763), Dish TV (CHN NO 1808), and Videocon D2H (CHN NO 553).