Zee Tamil’s Summer Entertainment Bonanza kicks off with the World Television Premiere of Akhanda on 8th May. 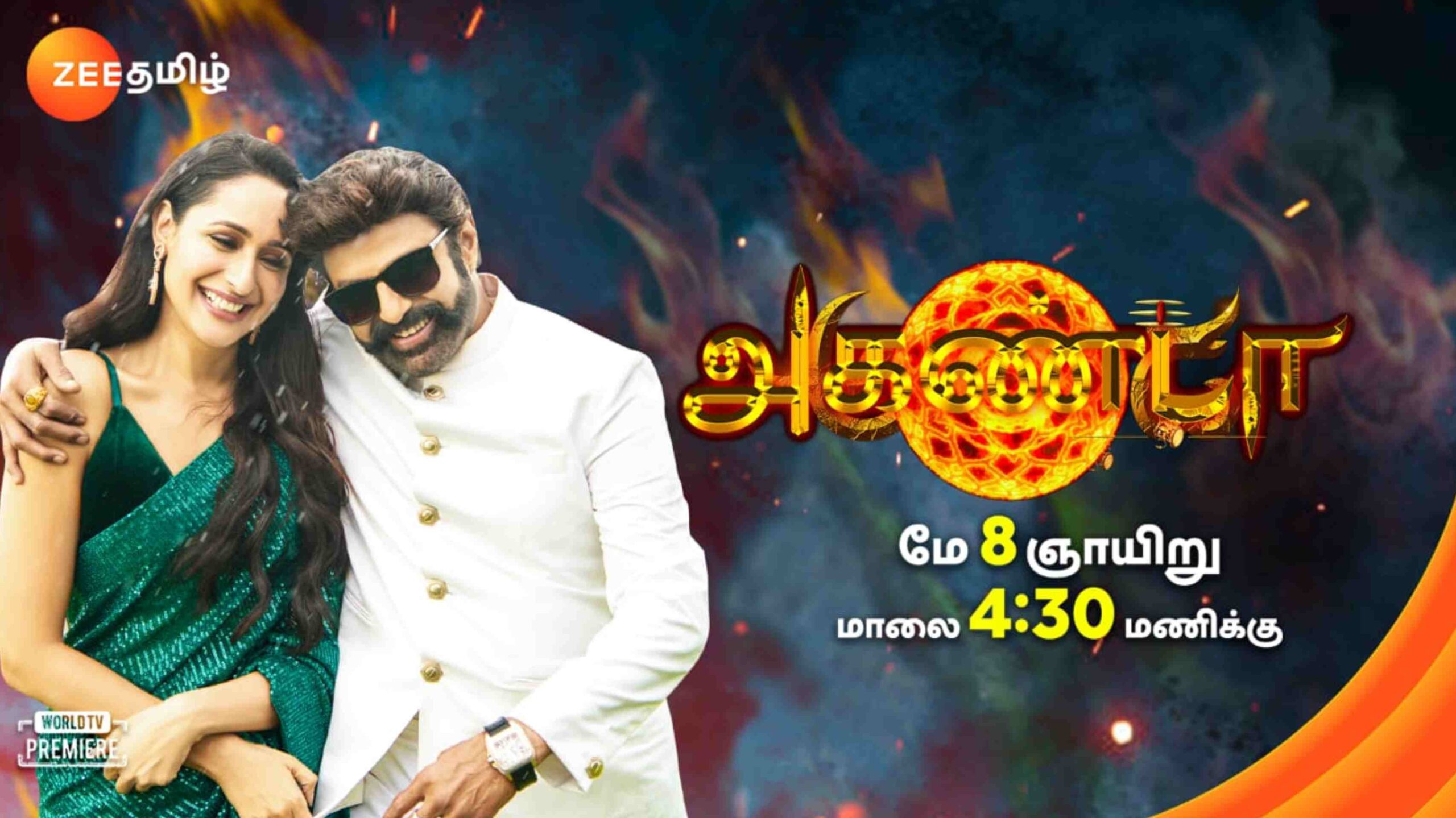 Chennai, 3rd May 2022: After presenting the action-packed world television premiere of Valimai, Zee Tamil is going the extra mile to make your summer exciting. The channel is all set to premiere 7 movies across 7 weeks spanning both May and June, thus taking the entertainment quotient to a whole new level. The extravaganza will kickstart with the world television premiere of Nandamuri Balakrishna’s Akhanda, which will air on 8th May 2022 at 4.30 pm, only on Zee Tamil.

Directed by Boyapati Srinu, Akhanda follows the story of Murali Krishna (Nandamuri Balakrishna), a fierce devotee of Lord Shiva, who stands tall against all the evildoers in his city. He is a well-respected leader, who fights against the injustice on all his fellow beings. When he opposes the illegal mining done by Varadarajulu (Srikanth) and Gajendra (Nitin Mehta), they try to trap Murali and kill him as well as his family. However, Akhanda (dual role played by Nandamuri Balakrishna) saves him. What follows will surely leave everyone hooked as the duo teams up to destroy the evil Varadarajulu and Gajendra.

The action sequences as well as the performances by Nandamuri Balakrishna and Srikant cannot be missed!

So, what are you waiting for? Tune in to the World Television Premiere of Akhanda at 4.30 pm on 8th May, only on Zee Tamil!