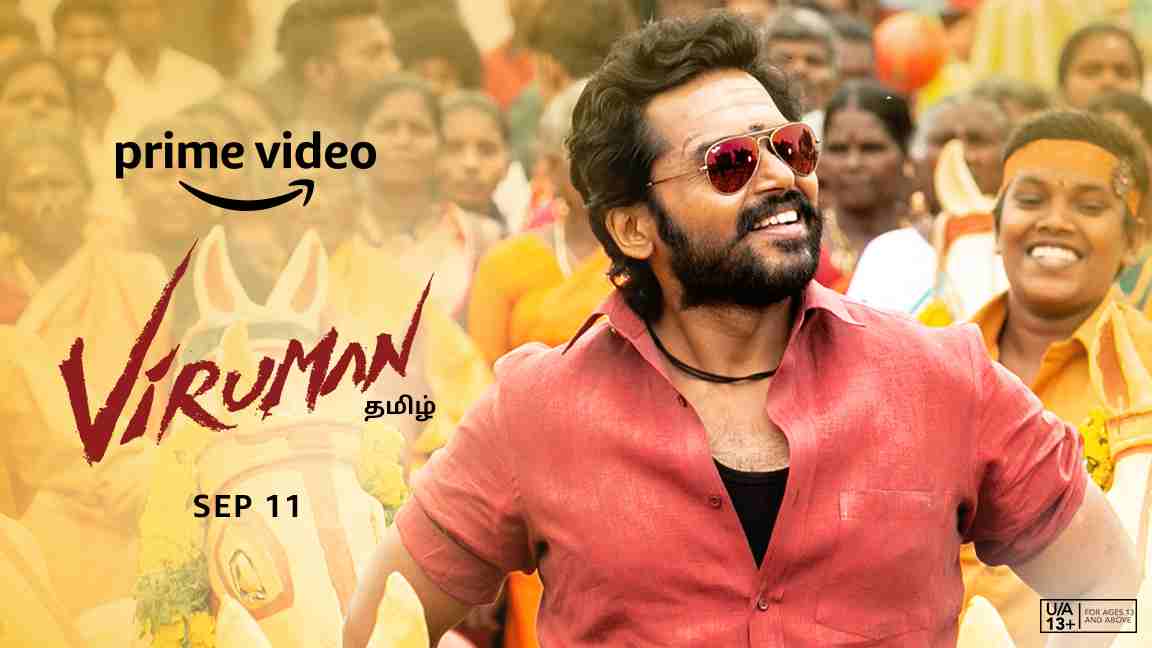 Prime members in India and across 240 countries and territories can watch the film, starting September 11. 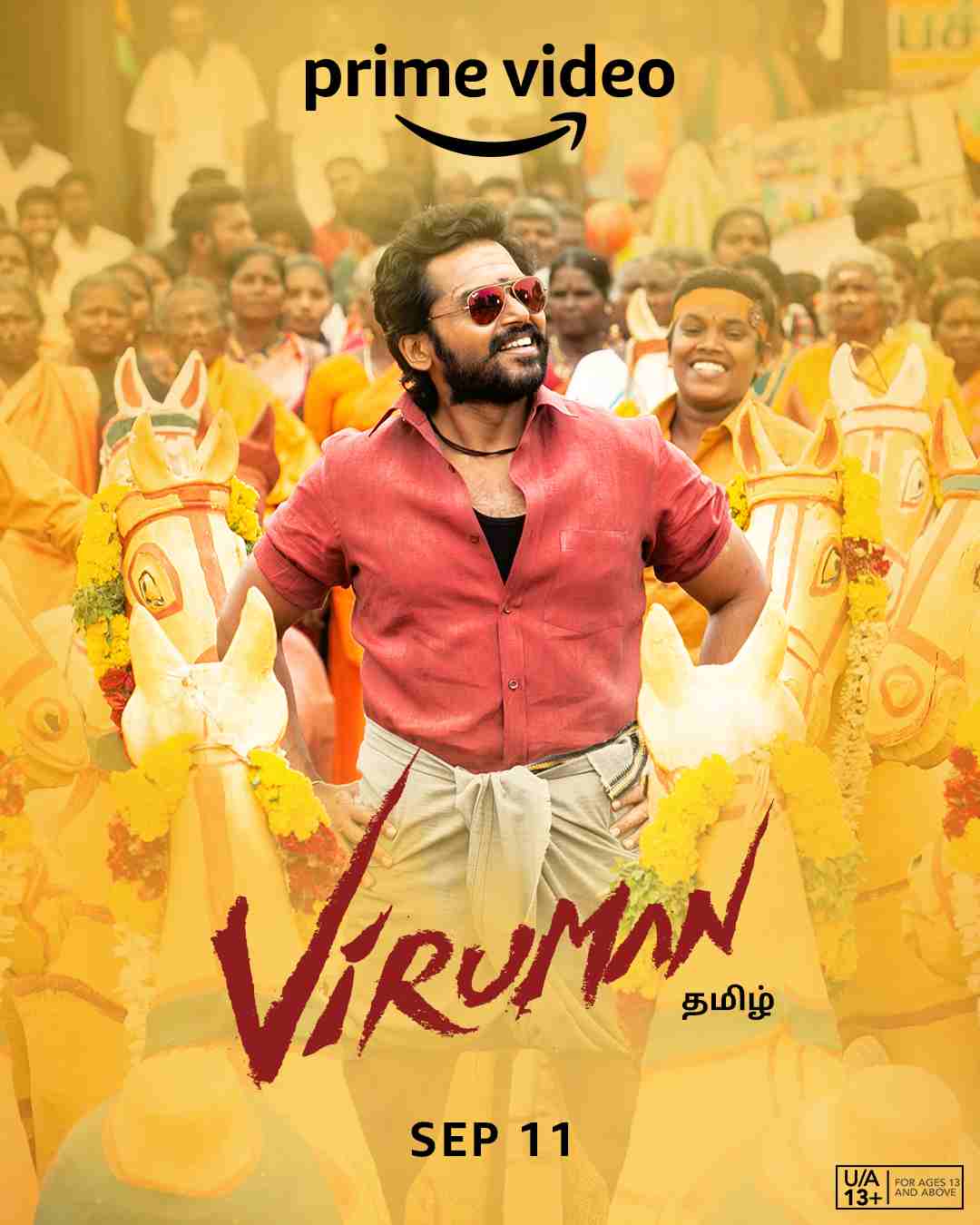 “It was rather interesting to play the character of Muniyandi because he is a completely different and opposite person and father than I am in real life” said Prakash Raj.  “It was an unfamiliar territory that I’m glad I chartered into with such hardworking and talented artists like Karthi and Aditi. I hope with the worldwide premiere of this movie, the audiences have a great time watching the movie”, he further added.

“Viruman was an experience that will stay fresh in my heart for a long time. It was such a contrasting experience since Prakash sir and I have a very jovial and happy rapport but the one we play on-screen is totally different as father and son at loggerheads”, said Karthi. “We are rivals! This movie will give the audiences a glimpse into a never seen before chemistry between the both of us. Watch out for us as we take you on a roller coaster ride of entertainment with the worldwide digital premiere of Viruman”, he further added.

“Prakash Raj sir and Karthi are two of the finest actors in the nation and no artist can wish for a better debut than sharing the screen with them”, said lead actress Aditi Shankar. “With the guidance of Muthaiah sir, and the honor of working on such a beautiful script under the wings of such esteemed artists, made everyday a learning experience. I have put my best foot forward in terms of doing justice to such a huge opportunity. I am excited and hopeful that the movie’s worldwide premiere on Prime Video will now take all of our hard work to audiences everywhere, in the best way possible“, she further added.

Set in Madurai, the movie follows the story of Viruman, a village youngster who leaves his house when he finds out that his father, Muniyandi, is the reason for his mother’s suicide. An intrepid and good-hearted person, he fights to make his arrogant father pay the price for his sins and save his brothers from the man’s grip. The movie opened to brilliant responses from the audiences and critics during its theatrical release earlier in August.

Tamil Rockerz is all set to stream on SonyLIV exclusively from 19th August!