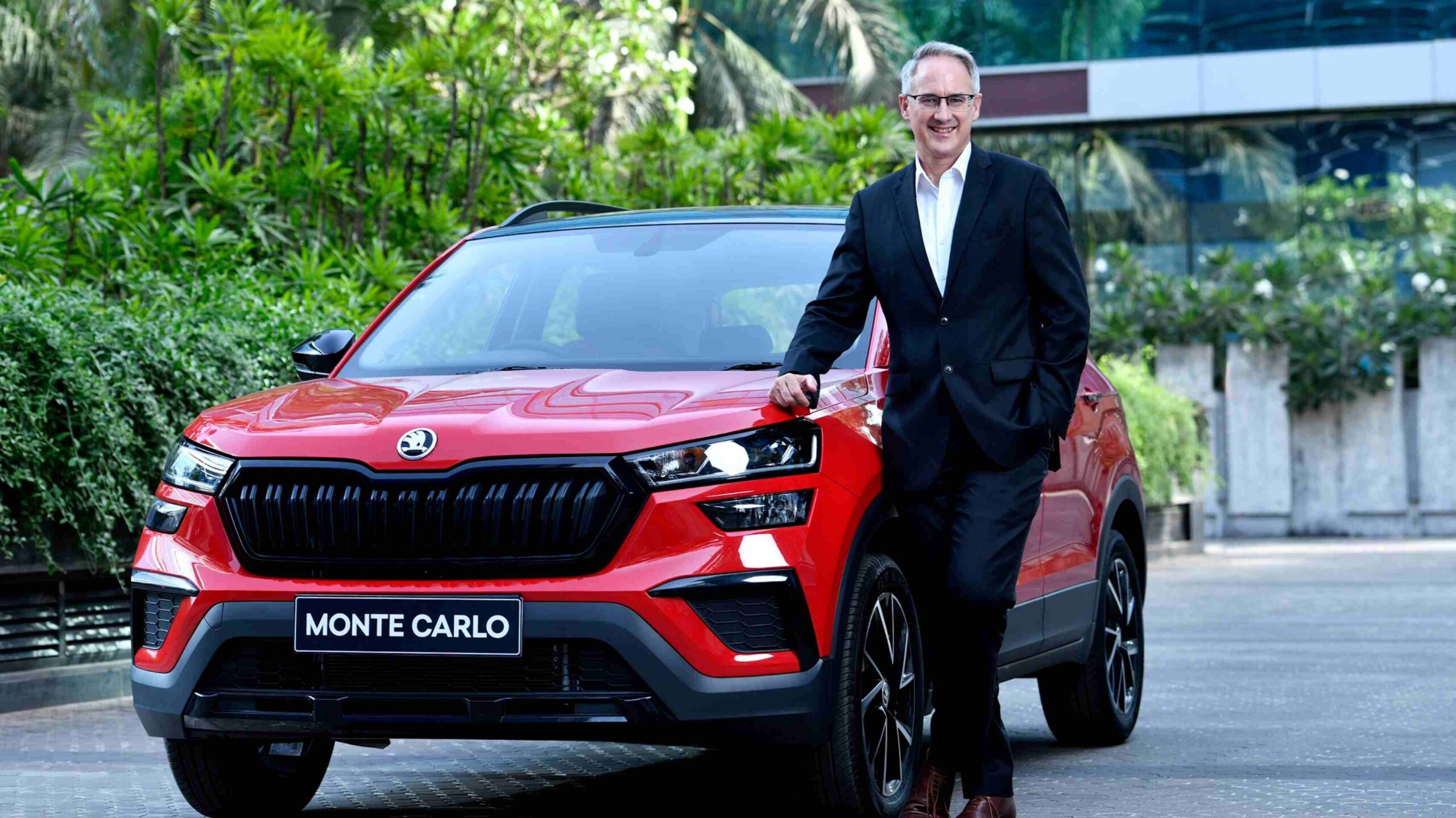 CHENNAI 09 MAY 2022 ŠKODA AUTO INDIA ROARS IN WITH THE NEW KUSHAQ MONTE CARLO!!

‘Get the look that matters’

Chennai, May 9, 2022 – Think opulence, think the good life, think taste, think motorsports, and you have to think of Monte Carlo in Monaco, Europe. Monte Carlo is steeped in glamour and glory for over a century now. The Czech car manufacturer began its successful motorsport involvement, which has included numerous victories at the famous Monte Carlo Rally over this long period. Laurin & Klement vehicles were entered in the second run of the rally classic in 1912, and in 1936 a model with the Winged Arrow was on the start line for the first time at the legendary competition. The POPULAR SPORT roadster finished in second place in the under-1.5-litre class.

It is to celebrate this success at the legendary ‘Queen of Rallies’ in particular and the World Rally Championships ever since that ŠKODA AUTO debuted the Monte Carlo edition. In an ode to ŠKODA’s rally and motorsport pedigree and the success of INDIA 2.0, ŠKODA AUTO India introduces the new KUSHAQ Monte Carlo range that will dazzle with sporty black design elements.

Commenting on the introduction of the new ŠKODA KUSHAQ Monte Carlo, Mr. Zac Hollis, Brand Director, ŠKODA AUTO India said, “With our recent successes and our biggest ever month in India, it was only apt that we celebrated with a badge that embodies the Spirit of Victory at ŠKODA. The Monte Carlo is a car that appeals to the heart, to one willing to go the extra mile for the unique, subtle and sporty aesthetics. The Monte Carlo highlights a discrete sense of style. It is homage to the fact that you are driving a name soaked in pedigree and legacy of rally sport, providing a thrilling experience.”

The KUSHAQ Monte Carlo will be introduced at an ex-showroom price of INR 15,99,000 lacs for the 1.0 TSI 6-speed manual, topping out at INR 19,49,000 lacs for the 1.5 TSI 7-speed DSG. This edition of the KUSHAQ will be available exclusively in Tornado Red and Candy White  colours. Moreover, the 1.0 TSI of the KUSHAQ Monte Carlo is standard with Start-Stop Recuperation that improves fuel efficiency.

GET THE LOOK THAT MATTERS

In the KUSHAQ Monte Carlo, the ŠKODA Signature Grille is adorned with a Glossy Black Surround. As are the ORVMs that are also Glossy Black. The wheels are R17 Dual-tone Vega 43.18 cms alloys that directly descend from the OCTAVIA vRS 245, the fastest-ever production ŠKODA. This new KUSHAQ now has a Monte Carlo Fender Garnish in place of the ŠKODA badge. While the body colour offers a choice of Tornado Red and Candy White, the roof comes in contrasting glossy Carbon Steel paint lending the Monte Carlo with a prominent dual tone aesthetic. The roof comes standard with an Electric Sunroof with Anti-pinch Technology. The Carbon Steel roof complements the Matte Black Roof Rails running along the edge and the dark chrome external door handles below.

The roof ends where the Dual Tone Tailgate Spoiler begins. Further below at the rear is a trunk garnish at the door of the boot and a diffuser beneath the rear bumper, both in Glossy Black, accentuating the pace and glamour of the KUSHAQ Monte Carlo. This is balanced with a Glossy Black Diffuser at the front of the Monte Carlo as well. The chrome ŠKODA and KUSHAQ inscriptions at the rear are now Glossy Black. As are the L-Shaped surrounds for the air vents in the front bumper.

In the first ever visual differentiator between the 1.0 TSI and 1.5 TSI engines, the KUSHAQ Monte Carlo 1.5 TSI will have Sporty Red calipers in the front wheels making it stand out from its 1.0 TSI stablemate.

The cabin of the KUSHAQ Monte Carlo carries forward the motorsport heritage through the Luxe Interiors with Red and Black Dual-tone Upholstery and Ruby Red Metallic inserts. This décor further enhances the aesthetics, sportiness and the sense of space inside the KUSHAQ Monte Carlo. The Ruby Red Metallic inserts tastefully adorn the width of the dashboard gracefully flowing down the centre console and continue onward to the front doors. The front has Ventilated Red and Black Leather seats with ‘MONTE CARLO’ inscribed in the headrests. The rear hosts Red and Black leatherette seats with ‘MONTE CARLO’ inscriptions in two of the headrests continuing in the same vein.  Other surfaces that the driver and passenger regularly interact with, like the door armrests and the one at the centre in the front has red stitching in them. The leather wrap on the 2-spoke Mutli-function Steering, the part the driver will spend the maximum time interacting with, also gets prominent, delectable red stitching on it. Red ambient lighting at the front passenger dashboard provides a warm red aura to the cabin in the KUSHAQ Monte Carlo.

The driver’s instrument console gets a 20.32 cm ŠKODA Virtual Cockpit with a red theme. The centre of the dashboard plays host to a 25.4cm Infotainment System with ŠKODA Play Apps and a red theme. Accelerating, braking and clutch duties are handled by beautiful and extra grippy Alu Pedals. And the minute you open the door, tasteful Monte Carlo Inscribed Scuff Plates on the door sills welcome you into the cabin.

The all new Monte Carlo edition of the KUSHAQ reflects ŠKODA’s victories in Monte Carlo and the KUSHAQ’s contribution to ŠKODA AUTO India’s tremendous growth and success in 2022. The KUSHAQ is the torchbearer of the company’s INDIA 2.0 Project leading the record-breaking first quarter in India. It was only fitting that the leading light of this success receives a badge that represents the Spirit of Victory at ŠKODA.

Samco Mutual Fund introduces “TimerSTP” with an endeavor to scientifically time the markets and thus generate high alpha over benchmark returns for investors!!

One8 innerwear launches a new collection of luxury innerwear range for men !!