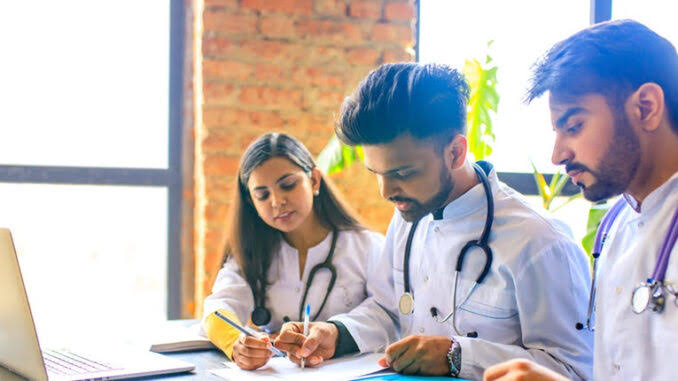 Chennai 15 September 2022 Medical Studies in China fraught with language issues!
Only 16% of Indian Medical Students from China have cleared the test to practice medicine in India
14th Sep, New Delhi: Since the COVID-19 pandemic started, the Ministry of External Affairs (MEA) has ensured that all concerns of the Indian diaspora, living abroad are addressed in the most holistic manner. The MEA has primarily strived to address any issues related to Indian students, studying in a foreign country. Keeping this in mind, India’s External Affairs Minister Dr. S. Jaishankar had met Chinese Foreign Minister Wang Yi on 25th March to facilitate the return of Indian students from China.
The Indian Embassy in Beijing, on 8th September released a detailed advisory  related to studies in Chinese medical schools, as a response to several queries that the MEA received from prospective medical students and their parents who wanted to complete their studies in China.
Within the advisory, the Indian Embassy shared about a study conducted by the National Board of Examination which highlighted that only 16% Indian students who studied medicine in China from 2015 to 2021, passed the Foreign Medical Graduates Examination (FMGE), to practice medicine in India. This is considerably a very low success rate, showcasing the poor quality of medical education in China.
Apart from the quality of education in China which has led to very few students becoming doctors, other major issues also exist. One of them being the language barrier. Despite courses being in English, past Indian students who had studied in China reported that they had faced issues in understanding the professors. Another major issue since the beginning of pandemic has been China’s ‘Dynamic Zero Covid Policy’ which puts strict restrictions on movement and can affect studies, additionally this policy keeps changing constantly, leaving students, away from home, confused many a times.
China had also put up a visa ban earlier which affected and left 23,000 Indian students stranded, who were enrolled in Chinese universities. Through the efforts of EAM Jaishankar, after having constant conversations with his Chinese counterpart, the ban was recently lifted for Indian students to return and complete their studies.
SHARES
ShareTweet