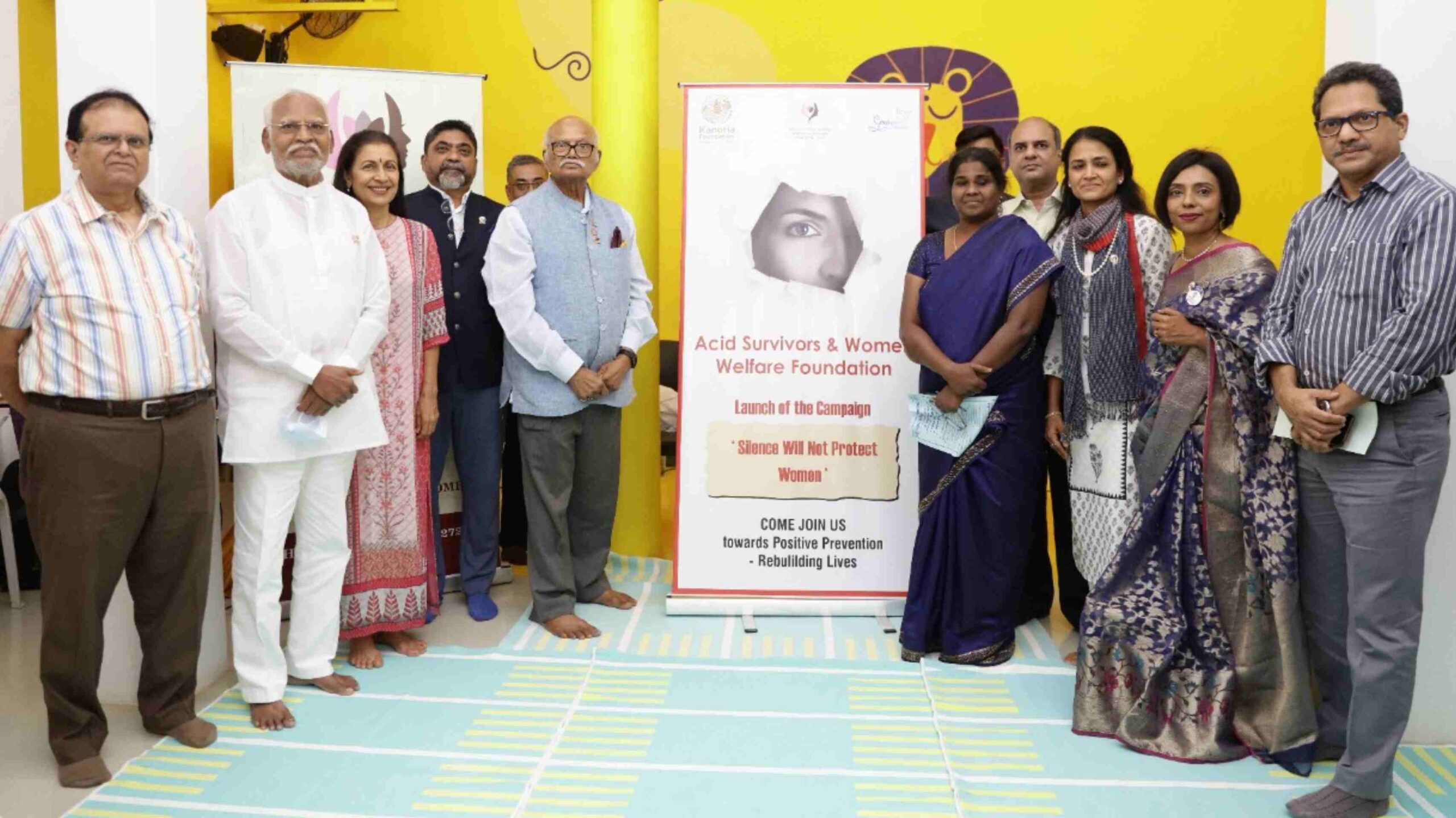 “Silence Will not Protect Women”

Chennai, 20th May 2022:  Acid Survivors & Women Welfare Foundation has been providing support to survivors of acid attack through a network of chapters in India and has been building their lives positively to ensure that they can reintegrate into mainstream society.

Acid Survivors & Women Welfare Foundation reached out to survivors from all across India to help them in their treatment, facilitating their compensation from the government. The foundation has been carrying the campaign, demonstration, street plays to stop this heinous crime of throwing acid and preventing sale of acid.

Renowned social activists, philanthropists, industrialists, physicians and surgeons from different parts of India are supporting this noble cause. ASWWF has already conducted a joint awareness programme with police department covering the police stations under their jurisdiction. The activities of the foundation have also been internationally recognized when it was awarded a “Certificate of Special Congressional Recognition” by the Members of Congress, USA.

The foundation uses a four pronged approach to support the cause. At first stage, they provide care and support to the identified victims followed by community based programmes on prevention of such attacks by collaborating with NGO’s supporting service government organizations for providing assistance to victims.

In Southern India between 2016 and 2021 (6 years) the highest incidents in acid violence are in Kerala- 60 cases followed by Andhra Pradesh 42, Karnataka 35, Tamil Nadu 27, Telangana 22 and Goa 3. In 2022 there are three incidents in the region, one each in Coimbatore (Tamil Nadu), Andhra Pradesh and Telangana.

Shri M.K. Narayanan former honourable Governor of West Bengal” could not preside the workshop as he was travelling. He has conveyed his best wishes and all success for the foundation and its activities.

Mrs. Manisha Lohia president ASWWF South India chapter said, “The launching of the campaign, ‘silence will not protect women’ is very appropriate because in most cases violence against women a united rebuke is not made and women suffer I silence leading to more silence.”

Dr.  H.P. Kanoria, Chairman, ASWWF said, “Through the ‘silence will not protect women’ campaign our vision is to create awareness for wiping out acid violence from India through social, educational and regulatory procedures. As this inhuman crime of acid violence is increasing in India, it is becoming necessary to make our services available to more and more acid attack survivors. We endeavour to promote an enlightened attitude towards human rights, gender equality, women’s awakening and empowerment through various means “.

Dr. Rahul Varma, Vice Chairman, ASWWF said, “Acid violence is one of the most heinous crimes against humanity. Besides the various measures adopted by us for supporting the cause of survivors, we plan to set up a psycho social burn rehabilitation centre that will provide holistic care to survivors. ASWWF would coordinate and collaborate with various NGO’s /organizations engaged in similar work for advocacy of acid related causes; including adequate compensation , free or subsidized medical treatment, rehabilitation and exemplary punishment to culprits.”

A handful of almonds for mindful eating and prioritizing family health.!!